Shevaun Mizrahi is a director and cinematographer whose work explores time and memory using an experimental approach ranging from cinema verité to magical realism. Her film Distant Constellation premiered at Locarno Festival 2017 winning the Jury Special Mention Award. Shevaun shot and directed Distant Constellation as a one-woman crew over a 6-year period. Its visual language has been compared by critics to Andrei Tarkovsky, Pedro Costa, Roy Andersson and Jia Zhangke. The film was nominated for an Independent Spirit Award and included in Film Comment's "Best Undistributed Films of 2017."

For many years, Shevaun worked as an assistant to cinematographer Ed Lachman. In 2015, she was selected by Filmmaker Magazine as one of the 25 New Faces of Independent Film and prior to that she was a Marcie Bloom Fellow in Film, via Sony Pictures Classics. Shevaun’s films have been screened at BFI London Film Festival, IDFA, Jeonju International Film Festival (Best Picture Prize), the Viennale (FIPRESCI Critics Prize), Seville Film Festival (New Waves Non-Fiction Award), Göteborg Film Festival, BAMcinemaFest and True/False. Her work has received support from the IFP Documentary Lab, IFP Project Forum, !f Istanbul DocLab, the True/False Catapult Lab, the Foundation for Contemporary Arts (FCA) New York Women in Film & Television, and the Turkish New Film Fund.

Shevaun received her B.A. in Cognitive Neuroscience and English Literature with minors in Anthropology and Philosophy from the University of Pennsylvania. She then did her M.F.A. at the Graduate Film program of NYU. Before shifting to film, Shevaun was a Presidential Scholar in the Arts for photography and had images exhibited at the Smithsonian of American Art which are now in their permanent collection. She is currently developing her next feature film with the support of a 2021 Artist Fellowship from the Mass Cultural Council (MCC). 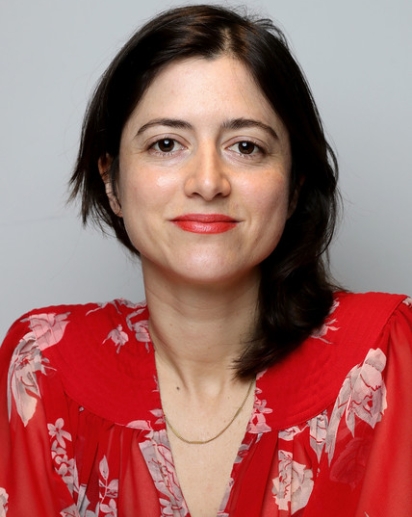