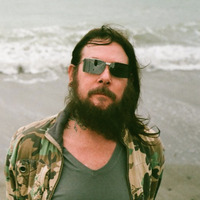 Home Movie Day 2021 honors the prolific experimental filmmaker Luther Price, who died at 58. Roberta Smith of the New York Times profiled his works as “an intense artistic psyche descended from Pollock, Rauschenberg and Jack Smith—if not Hercules Segers.” Nothing more needs said except beware of “his haunting, often transgressive work” that deals with family, sexuality and death.

“An indelible experience. That really is the apposite word when describing Luther’s movies—indelible. They stay with you, like a childhood memory, or a scar.” —Carolee Schnneman

BIO: Luther Price (1962-2020) was born in Revere, Massachusetts and remained a Boston artist for much of his life. He assumed different pseudonyms, such as Luther Price and Tom Rhoads, to suit the verve of his artwork and never revealed his real name. In reaction to his early notoriety, he lamented, “I became known as this gritty, badass, gay filmmaker and… I’m not.” He studied with Saul Levine, one of the most important American experimental filmmakers.